LIBOR: The Demise of an Old Friend 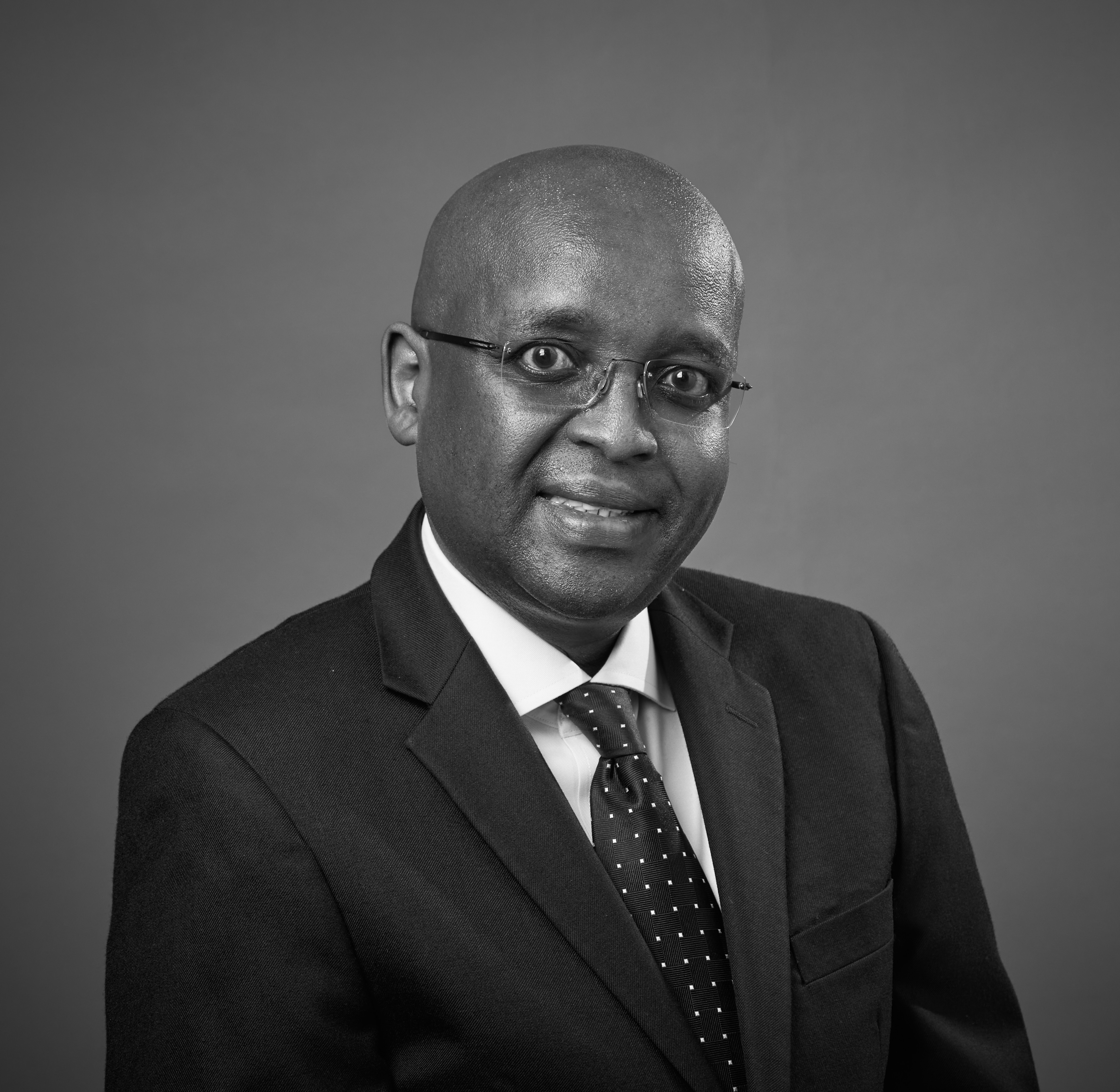 In May 2007 two unrelated transactions occurred at opposite ends of the world.

In Monterrey, Nuevo León, Mexico, Mr Fernando Elizondo, celebrated hotelier and proprietor of the exclusive resort of La Perla de Sierra Madre Oriental a few miles outside Monterrey, stepped beaming out of the main Mexicanamex bank branch in Monterrey, having agreed terms for a loan of US$15,000,000. The money was to be applied towards expansion and refurbishment of Mr Elizondo’s fashionable, but slightly dated premises.

Meanwhile, in Polokwane in the Limpopo province of north eastern South Africa, a delighted Mr Peter Maphotho, renowned minibus-taxi magnate, was marching his bank manager into the Jacaranda Boutique Hotel to celebrate the conclusion of a significant transaction. Mr Maphotho’s company had signed the documentation required by which the Imperial Bank of South Africa would grant his company a loan of US$10,000,000 to be used for the purchase of a fleet of luxury coaches which would enable him to offer luxury coach safaris across southern Africa.

Both the Mexican and the South African loans were designed to be repaid in quarterly instalments over a period of fifteen years.

Both Messrs Elizondo and Maphotho were shrewd, calculating businessmen who had carefully worked out the cost of their respective loans and knew exactly how much principal, fees and expenses were to be repaid and on what dates. They also understood that they were required to pay a variable rate of interest, but were assured about the stability of their banks and not concerned about being suddenly stung by an interest calculation derived from Hades. Neither gentleman knew, or was particularly troubled, by the fact that the benchmark which determined the amount of variable interest payable on their loans was something called LIBOR, an interest rate set in a northern European city many thousands of miles away from either Monterrey or Polokwane to which neither businessman had been or wished to go.

Given what would hit the world’s financial system only a year after the Mexican and the South African deals were done, one wonders whether a smile would have lit up Mr Elizondo’s features in May 2007, or whether Mr Maphotho would have been quite as enthusiastic about slaking his bank manager’s thirst.

LIBOR is said to have been invented in 1969 by a wily Greek banker called Minos Zambanakis who famously arranged an $80,000,000 syndicated loan from the American bank, Manufacturers Hanover to the Shah of Iran which had a variable rate of interest based on the funding costs of a set of reference banks selected at the discretion of Mr Zambanakis.

LIBOR’s purpose, therefore, was to reflect the “average rate” at which major banks could obtain unsecured finance in the London interbank market in a specified currency and for a particular period.

By the time of the global financial crisis, LIBOR had become a massive international beast which underpinned in excess of $300 trillion in financial products in five major currencies – Sterling, Swiss Francs, Euro, Japanese Yen and United States Dollars.

The principal assumption behind LIBOR – and, as things transpired, its principal weakness – was that the financial world was populated by gentlemen. A small group of banks operating in London (about 15, all told) would start each day by offering up their ideas of the interest rates they believed they would have to pay if they borrowed money from other banks. A body called the Intercontinental Exchange would then calculate the average of these rates and provide it for publication. The gentlemanly aspect of this system was that the rate did not reflect the cost of borrowing each bank would have to endure in a real world; it was instead an assumption based on what they thought they would have to pay. Unfortunately, the London banking world was not after all a club of gentlemen!

The market was perfect for a crooked bank - why not submit a lower figure than the actual figure you would expect to be charged? By so doing, everyone else would assume you were more creditworthy than you really were and treat you accordingly. By the time the world cottoned on to what some banks had been up to, a series of banks with household names had been manipulating the LIBOR market for years and enjoying spectacular profits (and paying the bankers behind the system huge bonuses).

In an age of alarms and excursions, I suppose, with the benefit of hindsight, it was inevitable that a scandal would result in the end from this curious system and, sure enough, it did. The financial crisis was triggered by financial institutions using a means of insuring against defaults of sub-prime mortgages in the United States of America by means of instruments known as credit default swaps. These and large numbers of other derivative contracts were set up using LIBOR as the interest benchmark. The aggregate value of these very sophisticated instruments vastly exceeded the aggregate value of LIBOR-related loan transactions in existence. Thus, an ingenious idea, started in good faith half a century ago, had become an enormous, uncontrollable monster.

Change had to come and, mercifully, it did. The world has now moved on to a more transparent system of interest rate benchmarks which is far less capable of manipulation by non-gentlemanly bankers working in London.

In 2020, regulators in the homes of the LIBOR currencies agreed to move towards replacement interest rate benchmarks known as risk free rates, or ‘RFRs’. An RFR is a rate of return on an investment with zero risk of financial loss. The RFR for US Dollars is SOFR (Secured Overnight Funding Rate), while the applicable one for Sterling is SONIA (Sterling Overnight Index Average); both are based on the overnight interest rates in active cash and derivative markets. The principal difference between LIBOR and an RFR is that while the former is forward-looking and agreed at the start of an interest period, the latter is backward-looking and cannot be determined until the end of an interest period. This means that average daily RFR rates are aggregated on a compounded basis over an interest period to produce a term interest rate.

Following these regulatory announcements across the world, banks and their legal advisors embarked upon a huge, comprehensive “re-papering” exercise whereby all outstanding transactions referencing LIBOR were amended to incorporate the appropriate replacement benchmark for each applicable currency. Billions of dollars were set aside and applied towards this laudable purpose.

The process is now at an advanced stage and it is expected that by the end of June 2023 all LIBOR settings will either cease to be provided or will no longer be representative.

It was for these reasons that in 2021 the managers of the Mexicanamex bank branch in Monterrey and his contemporary at the Polokwane branch of the Imperial Bank of South Africa would have found themselves reluctantly having to invite their valued customers in for a meeting to explain the cessation of LIBOR, its meaning and to lay the ground for discussing amendments to documentation in respect of loans which, up until that point, were performing in an exemplary manner.

Discussions proceeded very satisfactorily in both Mexico and South Africa. The loans have been re-papered and – very unusually - it was commercially agreed in each case that the bank and its customer would each shoulder its own share of the respective re-papering costs.

If one considers the effect of the global financial crisis in 2008 and the genuine fear governments and regulators had at the time about the danger of a global meltdown, the eradication of IBOR rates and the introduction of greater transparency in banking circles must be a good thing. Normal life seems to have returned to the financial world and people are happier.

However ……….. it has been said that England and America are two nations divided by a common language. It would appear that this is now mordantly true of judicial attitudes to LIBOR-fixing. Whereas several bankers on this side of the Atlantic who were found guilty of manipulating LIBOR ended up serving lengthy stretches in prison and may never recover from the ignominy through which their careers came to an end, the news from the USA is that the approach of the American legal authorities couldn’t possibly be more different. Courts in America are now declaring that some of the bankers who had previously pleaded guilty and been punished for manipulating LIBOR were “innocent of any wrongdoing whatsoever”. Even more dramatically – and absolutely extraordinary from an English legal perspective – the New York courts have acquitted some of those who pleaded guilty ten years ago and ordered the United States government to repay the enormous fines levied and paid at the time, some in excess of $1,000,000. The UK now stands almost alone in the world in having convictions for rigging LIBOR sustained by the judicial system.

While there may be no significant prospect that regulatory policy, in Britain at least, will now revert, it seems that the LIBOR saga is yet to run its course